PHHI partners with school and church youth programs to provide workshops in Reading the Labels, Food Prep, Nutrition 101, Cooking Healthy Meals, Growing your Food, and Get Fit Physically. The C.E.O. (Colorful Eating Options) Club for Youth is designed for children ages 8-14. The focus of the program is on children’s need to get proper sleep, exercise, eat fresh colorful veggies, fruits, and water. Minority children and children living in under-resourced households are at the greatest risk for obesity and diet-related disparities. Identifying effective strategies to reduce these risks is an important step in child obesity prevention.
Our culture has become increasingly dependent on eating food prepared outside the home. For many children, this means eating fast food like hamburgers and french fries regularly. According to an article in "Pediatrics," more than 30 percent of children studied ate fast food at least once a day. Unhealthy foods like those found in fast food restaurants have excessive calories in the form of fat and sugar, as well as unhealthy levels of sodium. Foods high in fat and sugar are directly linked to childhood obesity and a number of accompanying health problems.

Obesity Consequences
The consequences of a poor diet, which leads to obesity in childhood, are numerous and include social and emotional damage as well as physical ailments. According to the Centers for Disease Control and Prevention, obese children are more likely to have poor self-esteem and suffer from psychological problems, which can continue into adulthood. Children who are significantly overweight can develop diseases like Type 2 diabetes, cardiovascular disease, fatty liver disease, asthma and other disorders. Obese children are also more likely to suffer from obesity in adulthood and to develop cardiovascular disease, certain forms of cancer and diabetes later in life.

Healthy lifestyle attitudes begin early. C.E.O. Club can help school-age children develop lifelong healthy habits. Understanding what to eat and how much to eat are important skills for children and youth to learn and develop. At the same time, understanding the importance of physical activity and how to achieve it is equally significant for children. Establishing and maintaining healthy lifestyle attitudes ultimately affects children's learning and reinforces the significance of the mind-body connection.
​
Childhood obesity is an issue that is becoming more prevalent than ever in today’s society. The number of children who are considered obese has nearly tripled since 1980. Data from 2015-2016 show the number of children who were considered obese was nearly 20 percent—or a staggering 1 in 5 children and youth aged 6 to 19 years old. The root causes of the sharp increase in obesity rates are complex and include a variety of factors. However, when we compare this number to the mere 7 percent recorded in 1980 (CDC), it is clear that unhealthy decisions and lifestyles are serious problems.
​

Photos and Videos of current/past events 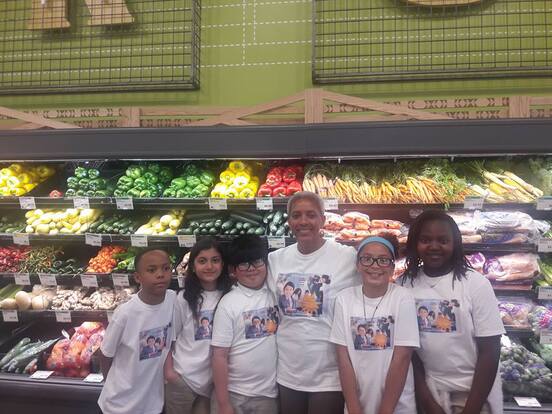